It was a chilly morning on November morning on the 11th, when the bus rolled and picked up the first Vet and departed to pick up the others.  They all rode, reveling in the comradeship born in the heat of battle so long ago but never forgotten.  They reminisced over persons who departed since the last Remembrance Day, for some of them since the last time they saw each other.  They arrived at the Civic Centre in time, attended the ceremonies and then departed with the HandyDART bus to the Cenotaph where one of them gave a speech about peace and remembering, never forgetting.  It was very touching.  After wards the bus took them home or to further libations at the Royal Canadian Legion, near City Hall. 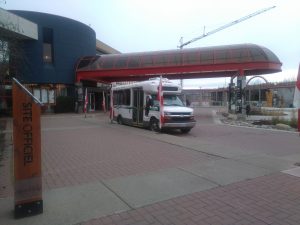 Remembrance Day 2016.
In the early morning to the dark of night. We will remember them

In September 2014, the Carefree Transportation Society agreed to host this service for our honored veterans.  We began in November that year, and it has continued as of 2017 and beyond.  As citizens of our great nation, we can do no less to thank them for their sacrifices.  We can never forget.  Enjoy “In Flanders Field”, The famous poem done as a song taken from Lieutenant Colonel John McCrae, MD (1872-1918) Canadian Army

And a song by Terry Kelly- “A Pittance of Time”

We must never forget!

This entry was posted in community, history, Remembrance Day. Bookmark the permalink.